The fun continued in the second half of Jackie’s trip to this beautiful island.

On Jackie’s last weekend in Ireland, we packed up the mighty Prius and drove west to Killarney. The photos below are from Killarney National Park and Muckross Traditional Farm. Highlights included lots of farm animals to play with, a waterfall and an ancient yew that grows in Muckross Abbey cloisters. We kind of stumbled upon this experience and are so glad we did! Killarney is so beautiful that we were sad to be there for just one night. We are definitely planning to go back to do some hiking and see more of the town. 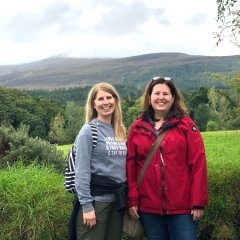 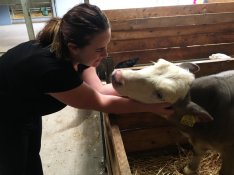 Two large windmills dominate the skyline in Skerries, a small port town that’s a 15-minute train ride from my house. Jackie and I spent a day in Skerries, which included a tour of the windmills—the oldest of which was built c.1460! We also learned that Skerries is the reputed landing place of St. Patrick after he was chased out of Wicklow by pagans. An island off the coast of Skerries still has the ruins of a monastery founded by St. Patrick in the fifth century a.d. 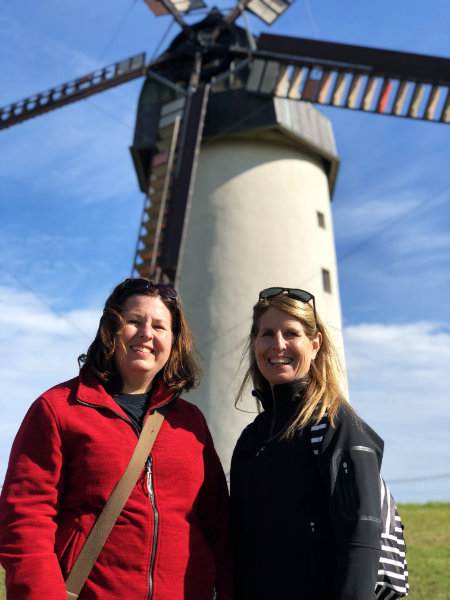 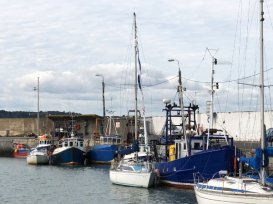 The day before Jackie flew back to the U.S., we went to Dublin to see the famed Long Room at the Trinity College Library and its display of the Book of Kells. The Book of Kells is an illuminated manuscript of the four Gospels of the New Testament and dates back to the ninth century a.d. As a lover of books, libraries and the printed word, I would like to move into the Long Room forever. Its arched ceilings and thousands of volumes are a readers’ dream!

That’s a wrap! Jackie is already planning her return trip to Ireland and we can’t wait to have more adventures with her.

2 thoughts on “Exploring Ireland with Our First Visitor, Part Two”

Connect with Us on Social